Can churches be protectors of public health?

Over the past two years of living with COVID-19, many churches have had to think in new ways. Congregations across the country are experimenting with practices such as virtual worship and Bible study or masking and social distancing – even as others go “back to normal.”

While scholars have studied the relationship between religion and health for decades, the pandemic has put a spotlight on it. Often, this attention emphasizes examples of churches opposing safety recommendations, such as vaccines or lockdowns, but this misses the complexity and variety of religious responses to public health problems.

As a scholar of Christianity in the United States, I believe understanding how churches have navigated health crises in the past can help us better understand our present. Over the past two years, I have worked with an interdisciplinary team of researchers based at the Hartford Institute for Religion Research to understand how churches are confronting the realities of COVID-19. U.S. history, coupled with our survey of congregations, suggests that a commitment to public health has long been a part of ministry, but there is room to make it stronger.

A history of protecting health

Christian leaders have been advocating for public health in the United States since the Colonial period. Historian Philippa Koch has argued that the religious worldview of American Protestants in the 18th century helped them “accept the new promises and insights of modern medicine.” According to Koch, this unwavering faith in God’s plan for creation helped spur individuals like the Puritan minister Cotton Mather to promote inoculation for smallpox as a gift from God.

During the 1918 influenza pandemic, too, congregations were on the front lines of public health. Churches in North Carolina, for example, sought to make sure their worship space was “well ventilated” to avoid spreading the virus. They also required members to wear “germ proof” gauze masks. Churches in Washington state prohibited public singing and roped off pews to ensure that congregants would be spread out around the sanctuary.

Many churches also canceled in-person worship gatherings and turned to the technology of the day: newspapers. In Los Angeles, ministers encouraged their congregants to “go to church in your own home today” with sermons printed in the paper. In Indianapolis, the newspaper printed an order of worship with hymns, Scripture and prayers. The paper also included sermons from local congregations, including Episcopalian, Catholic, Baptist and Jewish.

Presbyterian minister Francis Grimke later reflected on his church’s decision to close, stating, “If avoiding crowds lessens the danger of being infected, it was wise to take the precaution and not needlessly run in danger and expect God to protect us.”

Not all churches responded to the health precautions with enthusiasm. Many ministers insisted that communal prayers were necessary to get the country through the sickness. Others blatantly disobeyed public health orders. In Harrison, Ohio, the Rev. George Cocks of Trinity Methodist Church and 16 members of his congregation were arrested and jailed for a staged protest. After being locked up, he preached through the window of his jail cell to approximately 500 individuals who had gathered to hear him.

The past two years have been difficult on churches. Our team at the Exploring the Pandemic Impact on Congregations project surveyed more than 2,000 churches and found that the vast majority – 83% of those surveyed – reported that a member had tested positive for the virus. Thirty-seven percent had a staff member who had tested positive.

While our data shows that nearly all churches in the United States have been affected by COVID-19, not all of them have responded to the pandemic in the same way. Political polarization around public health measures has only complicated how congregations have responded to COVID-19.

Twenty-eight percent of the 2,074 churches we surveyed invited a medical professional to speak to their membership about the pandemic. Evangelical Christian Francis Collins – who recently stepped down as director of the National Institutes of Health and is now acting science adviser to President Joe Biden – has modeled how the science of public health can be framed in religious terms, such as loving one’s neighbor.

Just 8% of churches volunteered to serve as a testing or vaccination location. These churches were more likely to have more than 250 members, have been founded recently, and be racially diverse.

Before the pandemic, many clergy had a positive attitude toward vaccinations but did not see them as particularly relevant to their faith communities. There is reason to believe that this is changing. Our survey found the majority of clergy across the country, 62%, have encouraged their congregants to be vaccinated against COVID-19.

This varies significantly across different segments of Christianity in the U.S., however. Of clergy surveyed from historically Black denominations, 100% had encouraged their congregations to get vaccinated. Over three-quarters of mainline Protestant congregations and nearly two-thirds of Latino churches had clergy publicly encouraging members to take the vaccine. Half of Roman Catholic and Orthodox clergy advocated for their congregants to take the vaccine, and among white Evangelicals, only 29% of clergy offered similar advice.

[More than 150,000 readers get one of The Conversation’s informative newsletters. Join the list today.]

Among churches with a senior woman clergy leader, 82% encouraged their members to get vaccinated, as compared with 58% of those with senior male leaders. Small churches were also more likely to recommend the vaccine to their congregants.

Our project has also conducted a survey on how churches have adapted social outreach programs during COVID-19 and is currently fielding a survey about the pandemic’s effect on Christian education.

Given the results of our first survey, there is significant room for U.S. congregations to think more deeply about how their work intersects with public health. But before taxing clergy with something else to add to their already overburdened schedules, we believe it’s worth encouraging congregational leaders to consider their churches as institutions of public health: places that can promote the physical, spiritual and emotional health of both their members and the local community.

(Visited 14 times, 1 visits today)
No Thoughts on Can churches be protectors of public health? 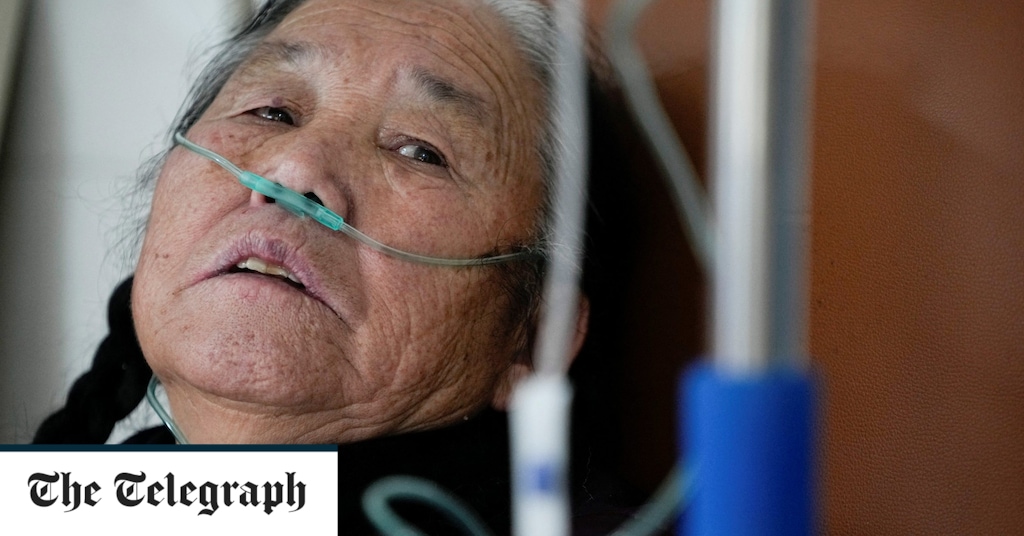