China’s Military Drill in Tibet a Warning to India: Experts

The Chinese regime’s recent show of military strength in Tibet was an attempt to intimidate neighboring India amid heightened tensions, according to two former high-ranking military officers. But New Delhi remains confident it is a formidable opponent to Beijing, they said.

At the end of August, large-scale joint exercises were conducted by the People Liberation Army’s (PLA) Tibet Military Command (TMC). At least 10 brigades and regiments affiliated with the PLA took part in the exercises near India’s northeastern border. The exercises were akin to last month’s naval and air force assault drills carried out by the PLA near Taiwan’s southern coast.

This week, Chinese leader Xi Jinping promoted Wang Haijiang, a senior PLA officer, to a general and head of the Western Theatre Command. He is now in charge of overseeing the disputed India-China border.

In carrying out these drills near the border with India, the Chinese Communist Party (CCP) is giving the appearance of taking a tough stance against India, as it prepares itself for a potential showdown against the South Asian country in the future, retired Lt. Gen. J.S. Bajwa told The Epoch Times.

Given that the training exercises were held at the high elevations of Tibet—nearly 14,700 feet (4,500 meters) above sea level—the former chief of staff, eastern command and director-general of infantry in the Indian Army said this provided the cold weather and altitude training necessary to test the performance of the military, equipment, and munitions of the PLA.

Bajwa said it is unlikely that the CCP would permanently capture any territory beyond the Tibet autonomous region, but suggested the regime is only attempting to uphold the appearance of being a formidable force.

The threat posed by the PLA in neighboring Tibet did not concern Bajwa, who noted that the border standoff with China was nothing new. Skirmishes along the disputed border in 2020 were particularly violent, resulting in the first fatalities since 1975.

With tensions continuing to remain high between Beijing and New Delhi, Bajwa said that alleviating a continued border standoff with the Chinese regime would prove difficult, noting that the two sides have not made any progress diplomatically to resolve the dispute.

India, he said, will keep “the necessary military forces deployed at a given time near the region, [and be] able to respond at short notice.”

Retired U.S. Army Lt. Col Robert Maginnis agreed, saying that “it would appear as if India is going to be steadfast in their opposition to any incursion by the Chinese communists—and the fact that the [CCP] displayed some prowess in the Himalayas with an exercise suggests they also have no intention to back down.”

Given the long-running nature of the border conflict, Maginnis suspects that many disputes—some of them deadly—will continue to occur going forward.

“Those in New Delhi should be very apprehensive about the intentions of those who are in Beijing,” Maginnis told The Epoch Times. Despite the Chinese threat, he said India’s military has proven itself to be fully equipped with the materials and weaponry necessary to engage the TMC, if necessary.

The CCP Presses In From All Sides

But it’s not just the CCP military threat that India needs to contend with.

Maginnis pointed to a larger problem: “The entire region around the Indian subcontinent has been circumvented by Chinese relationships.” These, he noted, include places like Afghanistan, Burma (also known as Myanmar), Pakistan, Sri Lanka, and more.

In Sri Lanka, for example, the country is becoming increasingly occupied by Chinese businesses, he said. While Chinese projects were once limited to southern Sri Lanka, China is establishing its presence in the north of the country with a number of infrastructure projects.

For Maginnis, the economic threat and military threat of the Chinese regime cannot be separated.

“The CCP has every intention of dominating the region through every means it can,” he said.

Maginnis said Xi Jinping has hegemonic ambitions “not only for the Asia region but also for the entire world.” Such plans, he said, are evidenced by the CCP’s military aggression in the disputed South China Sea, a region unlawfully claimed by Beijing, and its intimidation of other claimant nations like Indonesia, the Philippines, Thailand, and Vietnam.

“By 2049, the 100th anniversary of the communist regime in Beijing, [the CCP] wants to be the top dog economically and militarily in the world,” he said.

Before a U.S. Senate Armed Services Committee in June 2021, Secretary of Defense Lloyd Austin said China’s stated intent is “to complete the modernization of its forces by 2035 and to field a ‘world-class military’ by 2049.”

As part of the CCP’s grand strategy, the regime will continue to make every effort to smother nations like India, according to Maginnis. But any moves targeting India may not prove successful. “Xi Jinping has a local neighbor there in New Delhi that’s willing to fight back.”

India, meanwhile, will likely be bolstered by its warming relationship with the United States, Maginnis noted. In the past year, New Delhi has deepened its engagement with Washington amid escalating disputes with the CCP. Yet, in light of the recent U.S. withdrawal and toppling of the Afghanistan government, Maginnis voiced concern about U.S. commitment in the region.

“How far will the United States go to support an ally?” he said.

J.M. Phelps
Freelance reporter
J.M. Phelps is a writer and researcher of both Islamist and Chinese threats. 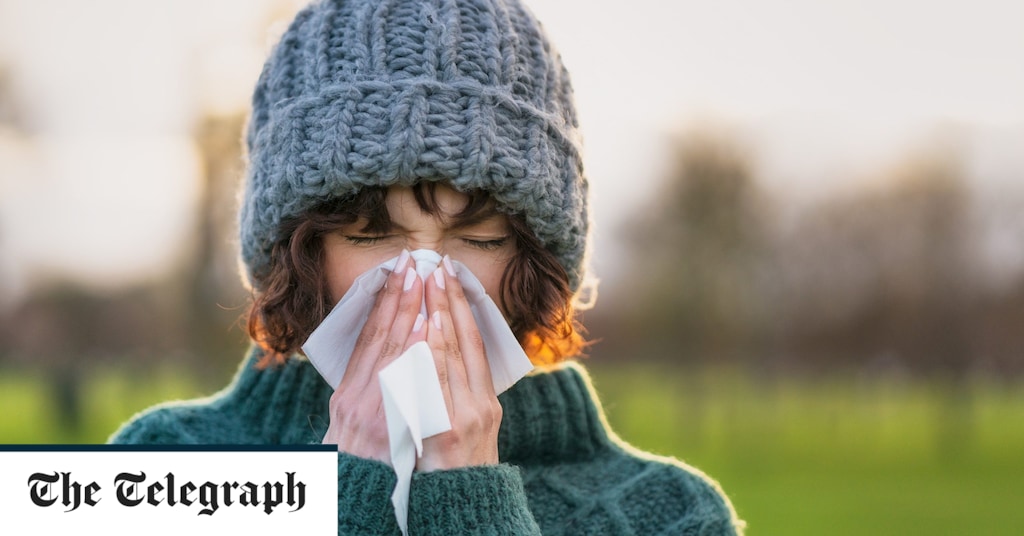 The real reason you have an everlasting cold

Most people never forget their first brush with the flu. I haven’t. Aged eight, I spent a week in bed, head pounding, feverish and shaking, 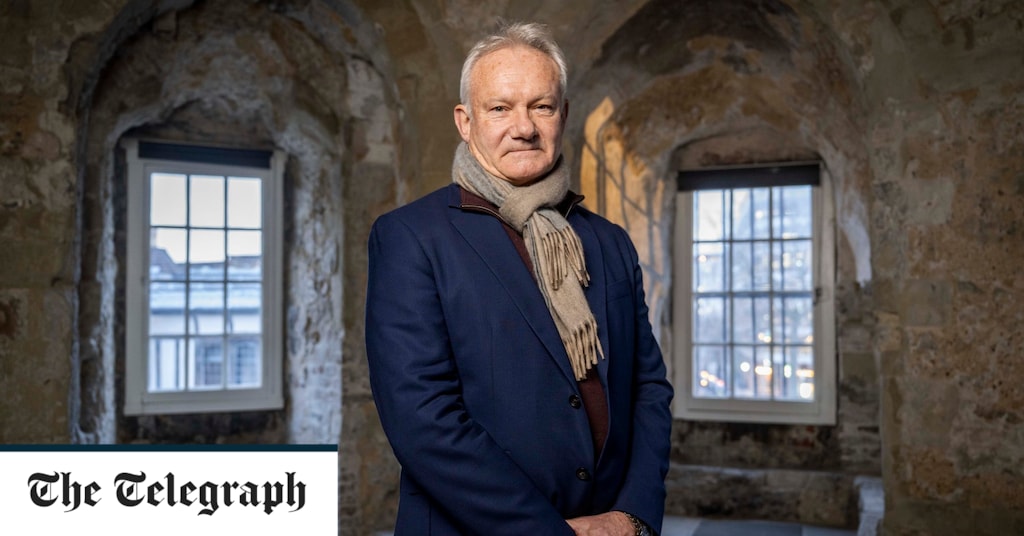 On Monday, Rishi Sunak, the Prime Minister, launched an urgent and emergency care plan, promising “the largest and fastest ever improvement in emergency waiting times 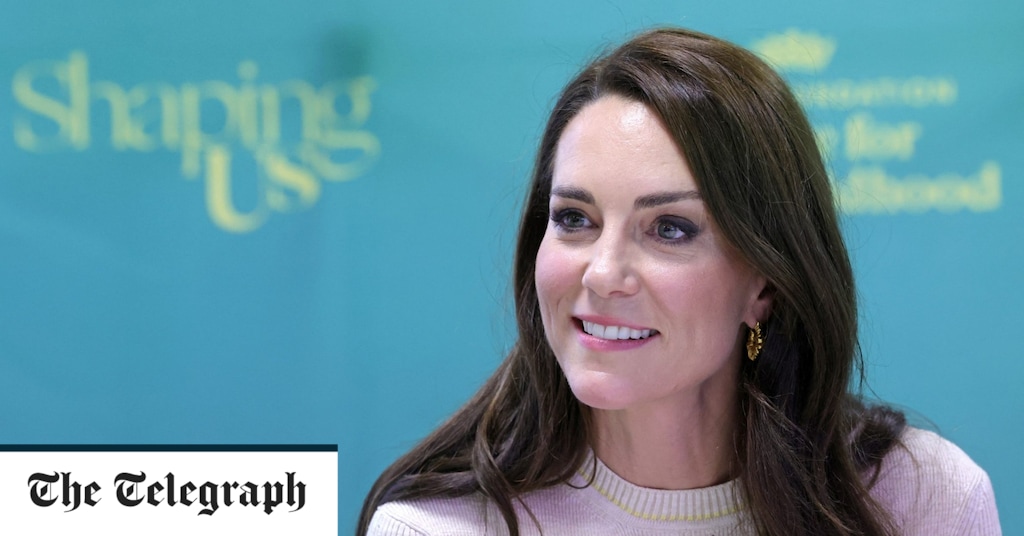 Ms Corfield will replace Hannah Cockburn-Logie, a diplomat with the Foreign and Commonwealth Office, who The Telegraph revealed had stepped down shortly after the death